herringbone parquet is experiecing a renaissance

Herringbone parquet can still be found in castles, palaces and, manor houses today. Magnificent ballrooms were decorated with the special laying pattern. Only since the 19th century, connected with industrialization, the parquet floor was made accessible to citizens and has decorated countless public and private rooms since then.

The herringbone pattern is a particularly trendy classic and timeless style element. Individual parquet strips are laid at right angles to each other and regular and symmetrical patterns are created that are reminiscent of a fish bones. A particularly elegant effect is how it shimmers in the light. Daylight hits both sides of the herringbone parquet at different angles. That is why the wooden floor is center stage and makes for an extraordinary eye-catcher. In contrast, the chevron floor (also called French herringbone floor) is laid at a 45 ° angle and thus differs in the laying angle of the wood. What is special about the laying method is the infinite number of V-shaped planks that run parallel to each other, which visually enlarge the space and give it an individual character. 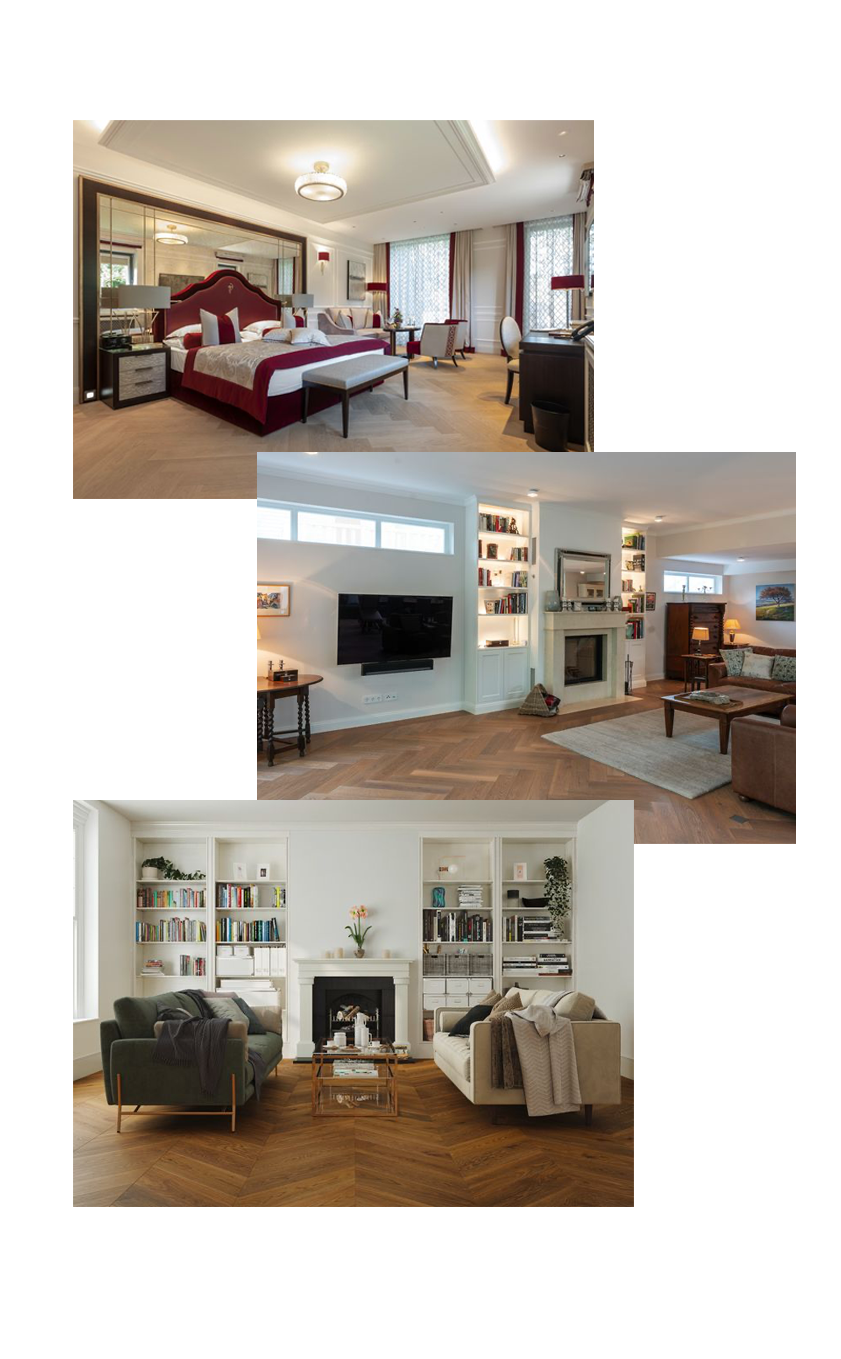 Previously, the herringbone installation was primarily only available in a small format – mafi natural wood flooring reinterprets the classic in the parquet industry and offers impressive and unique sizes in herringbone design. The large-format solutions offer an unmistakable character combined with an expanded spectrum of possible uses for herringbone parquet. Herringbone parquet has become indispensable, especially in public areas, such as in restaurants or hotels. More and more customers are also relying on the tasteful and self-confident exclamation mark in private rooms. Lengths of up to 1180 mm and widths of up to 240 mm ensure a design statement in every room. Herringbone pattern: The special laying of the individual wooden elements creates a distinctive pattern. An arrangement at a 90 ° angle is reminiscent of the bones of a fish skeleton, after which it was ultimately named. Rows of two parquet strips are created, which are laid towards each other at their tips. A jagged gradient pattern creates a unique and distinctive look in the room. The full effect fully unfolds in large rooms. State rooms of numerous castles were decorated with this stylistic device. Timeless elegance and a high feel-good factor speak in favor of herringbone parquet, even in private rooms.

Dimensions of the boards: The board widths are available from 15.5 cm to 18.5 cm and 24 cm. The lengths are freely selectable between 78 cm and 118 cm. The short planks are already prepared for herringbone laying and are therefore supplied with 50% tongue on the left side and 50% tongue on the right side.

The mafi herringbone planks are available in different oak versions.